Insights from the 100+ business ideas we killed last year

How we got to kill 100+ business ideas last year, what we learned from it, and three tangible techniques.

Table of contents
Let's talk
Businesses contact us to validate their new business ideas, but they pay us to invalidate them. The reason is simple: you want to know about your concept’s Achilles heel before you’re in too deep to turn back. Finding weak spots is how we managed to invalidate over 100 concepts in one year. To no one’s surprise, corporate innovation teams rarely set out for failure as an outcome, even if it promises valuable teachings backed up by hard data. No one has ever been promoted for killing projects at an early stage — if you happen to be the exception to this, let’s connect —, and the consequences of proceeding against validation get almost no attention. We believe it should.

If you’re anything like us, you find joy in killing ideas instead of keeping them alive against better judgment, and you agree that battle-tested business cases always win against shiny vanity metrics on a spreadsheet. We are driven by this mindset, it’s what gets us to focus on the weak spots that will make or break an idea. Last year, we terminated no less than 106 business ideas. Re-evaluating them one last time brought us quite some food for thought. Some things haven’t really changed. Asking questions to validate (or invalidate) desirability at earlier stages of an idea’s development is still the cheapest and fastest way to kill most concepts. But how we got to kill them, pragmatically speaking, did bring us some interesting new insights. In what follows, we’ll highlight three concrete techniques. Although they might seem like low-hanging fruit, you’d be surprised at how often they are overlooked by businesses of all sizes. 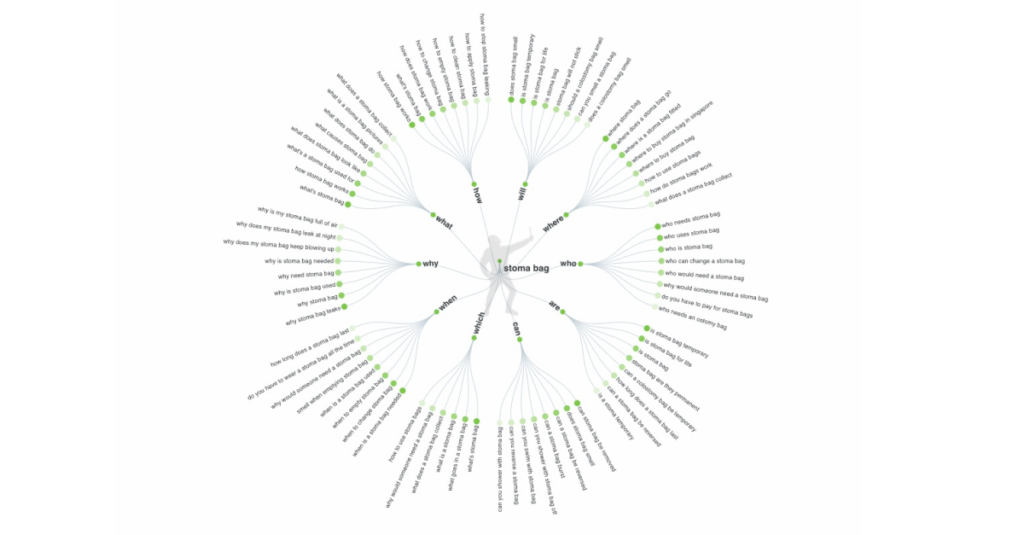 Are people actually waiting for your idea? Answering this question will let you know if you’re working on an actual market need. You even don’t need a full-blown user research team to get this one right. In most parts of the world, Google might be able to answer it for you. Answerthepublic is one of our favorite tools to do so.

Let’s go over this with a clear example. Think of stoma patients, a hyper-specific healthcare niche, an audience hard to reach by definition. However, a simple dive into past searches on the topic can teach you about their fears and needs (and even secret yearnings they would only dare share with Google). This will validate your concept and let you know if your audience is ready to take action when your solution meets their problem in the real world.

Want numbers to back up your answers? You can tap into Google’s Keyword Planner to enrich your output with past search volumes.

It’s worth mentioning that sometimes an observation can replace search intent. Therefore always make sure to start from your most critical assumptions and choose the experiment accordingly, not the other way around.

Some time ago, we worked on a concept that would offer subscribers a one-place solution for all their subscriptions. Just imagine, a single digital hub to monitor your Spotify and Netflix preferences, while making sure you don’t forget to pay your gym membership.

It sounded cool enough. We figured we could get subscribers to pay a monthly subscription for this, but before diving into viability, we wanted to better understand if this was what our audience needed. We tested the concept on early adopters through empathy research and behavioral deep dives, measuring success based on a bare minimum of user actions (users were expected to sign up + add two subscriptions to the portal).

It turned out the response rate simply didn’t hit the mark, and the idea was killed in less than two weeks. In the past year, we’ve seen many concepts that suffered the same fate.

But the good news: minimum efforts are incredibly easy to validate. You don’t need a finished product to trigger people to engage with your idea and undertake the minimum required actions needed for the ‘onboarding’ to your concept. Remember that like with many techniques, this technique should only be used when it corresponds with one of your most critical assumptions. Consider what steps are indispensable for users to take, and what could potentially be worked around.

Niche vs. too niche

Having a niche in mind at the starting line is always a good thing, but having a viable path that leads to user growth is equally important. However, a poor initial understanding of a niche market is not uncommon, and usually leads to disproving a concept in the first validation stages.

Last year, we worked on developing a fundraising concept capitalizing on the growing betting industry in the country our client was located in. We hypothesized there could be a willingness to donate (part of) the profits made on bets to charity, and wanted to explore this idea further.

During this project’s early stages, we invalidated the idea of pursuing the formal betting market, leaving us with off-the-grid bets between friends, family and fools. We quickly realized we had to improve our knowledge of this niche: who are they, and how many are they?

Though even before doing in-depth research on the total addressable market, serviceable available market, and the potential bottom line, we used a tool called ballpark figures for a first approximation. It became apparent that the numbers would never cut it, even in the most optimistic scenario.

These three techniques alone led us to kill almost a third of the ideas that came our way last year. They might not deem relevant for every single situation and context, but if they do, they are incredibly quick and cheap to deploy. More techniques, also with regards to viability, feasibility and integrity, can be found in our validation guide. Killing ideas is no quick task to get out of the way. At Board of Innovation, we like to help companies find validation balance by making sure to exhaust all available options and pivots before invalidating any concept. If you think we can help with your business design efforts, we’d be happy to brainstorm with you.

Dimensional Design: why we need a new framework for segmentation